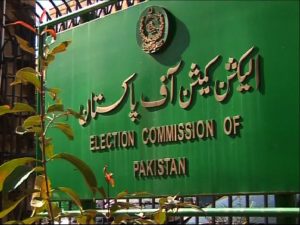 ISLAMABAD: The Election Commission of Pakistan (ECP) on Wednesday decided not to extend the polling time, despite requests from major political parties of the country, including Pakistan Muslim League-Nawaz (PML-N) and Pakistan People’s Party (PPP), to extend the time for an hour.

PML-N held an emergency meeting over the matter, which was attended by the party’s senior leaders, and requested the ECP to extend the polling time.

“Voting is a fundamental right of every citizen and to ensure that citizens exercise their right, the ECP should extend polling time,” said Senator Mushahid Hussain.

Earlier, the PML-N has sent a letter to the electoral body seeking extension in the polling time by an hour due to “voters standing in long lines in the hot and humid weather”.

Requesting the ECP to extend the polling time, under section 70 of the Election Act 2017, the PML-N has said that “we are receiving complaints on a large scale nationwide and PML-N would appreciate if this demand of the voters is accepted”. 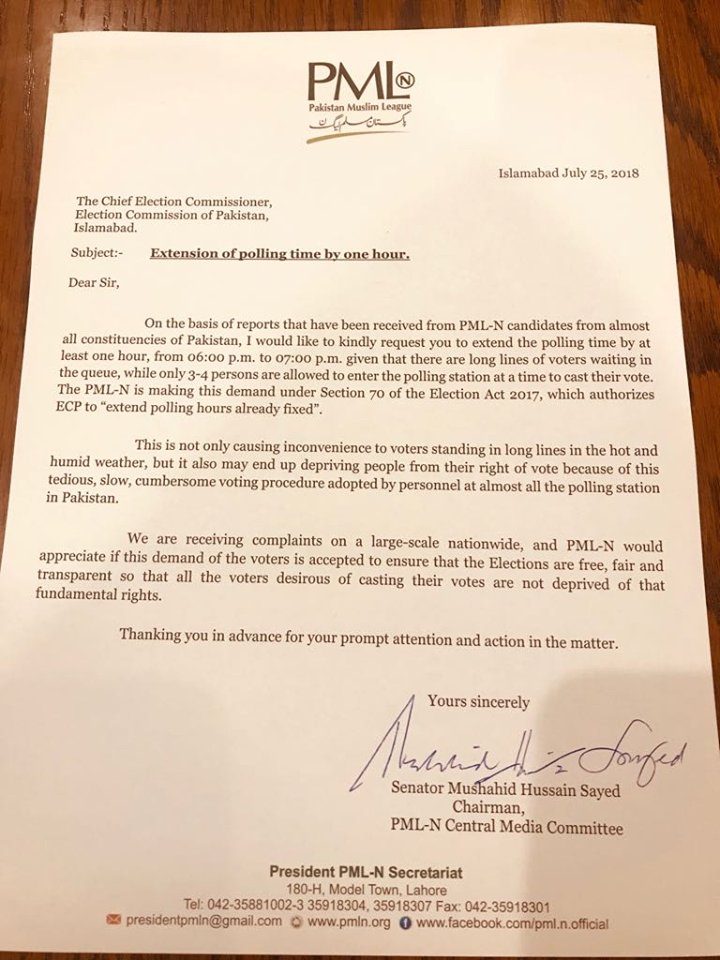 PPP has requested the same from the ECP, saying that the voting process across the country is very sluggish due to general disorganisation in the polling stations.

However, Pakistan Tehreek-e-Insaf (PTI) has criticised the PML-N, saying that “even if the polling time is extended by two hours, the N-league supporters won’t come out to cast vote”.

Earlier, it was reported that the ECP is not considering to extend the polling time.

Following rain, polling was temporarily halted across some Lahore areas, while at a polling station in NA-29 (Peshawar III) voters and polling staff face difficulties due to load-shedding.

Moreover, there have been several delays due to clashes between rival party supporters and other irregularities.

In addition to long queues, polling did not begin till 1pm at two Karachi NA-241 polling stations. The process of voting was temporarily halted at a station in Upper Dir’s NA-5 constituency after alleged rigging, in Larkana’s NA-200 and PS-11 constituencies after an explosion.

Furthermore, voters and candidates have both decried the general disorganisation in the polling stations.