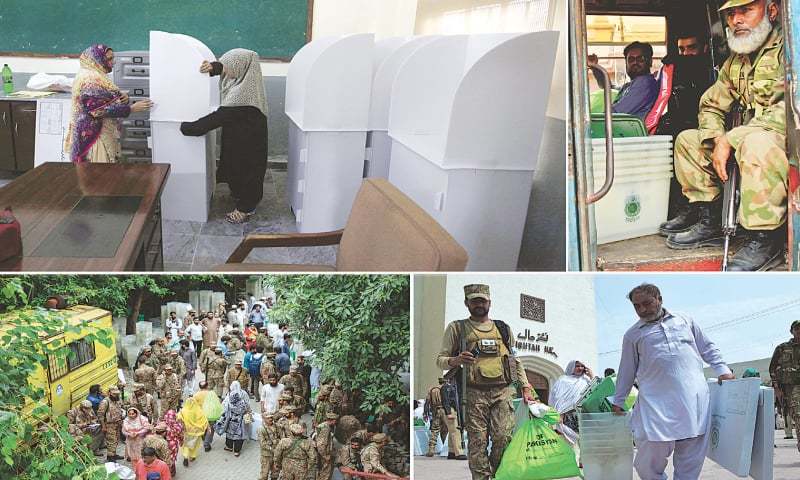 ISLAMABAD: As the nation goes to polls today (on Wednesday), the Election Commission of Pakistan (ECP) is optimistic about a record turnout of voters.

“We expect to see a record turnout of voters due to the increased level of awareness about importance of vote,” ECP Secretary Babar Yaqoob Fateh Muhammad said at a media briefing a day before the elections.

He said polling in most of the nine constituencies had been postponed due to death of contesting candidates, with the exception of NA-60 where polling had been deferred due to disqualification of Pakistan Muslim League-Nawaz candidate Hanif Abbasi.

Of the 120 parties enlisted with the ECP, 95 are contesting elections and seven of these 95 parties have failed to meet the mandatory requirement of awarding five per cent party tickets for general seats to women. 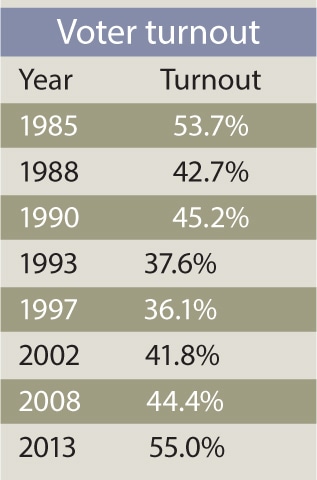 As many as 215,527 of the voters are suffering from physical disabilities, 163,995 of them male and 52,432 female. The ECP has announced the people with disabilities would be able to avail the postal ballot facility and those who choose to go to polling stations should be allowed to vote on priority basis, without making them to wait in the queue. The ECP has trained polling staff to sensitively deal with such voters.

In a video message released by the ECP on Tuesday, he urged voters to fulfill their “duty towards the nation” by casting their votes responsibly.

Over the past few days, the ECP has released multiple notifications for voters, polling staff and political parties, explaining what to do and what not to do on the polling day.

On Monday, the election body issued a list of requirements that a ballot paper would have to meet in order to be included in the counting process. Ballot papers that are missing the official code mark or assistant presiding officer’s signature or have a paper attached to them will not be considered valid.

Asking a voter who he/she votes for, spoiling ballot papers or stamps in any way and taking a picture of ballot paper are some of the actions that would land the offender in jail for up to three months and result in fines up to Rs100,000, or both, according to an ECP notification.