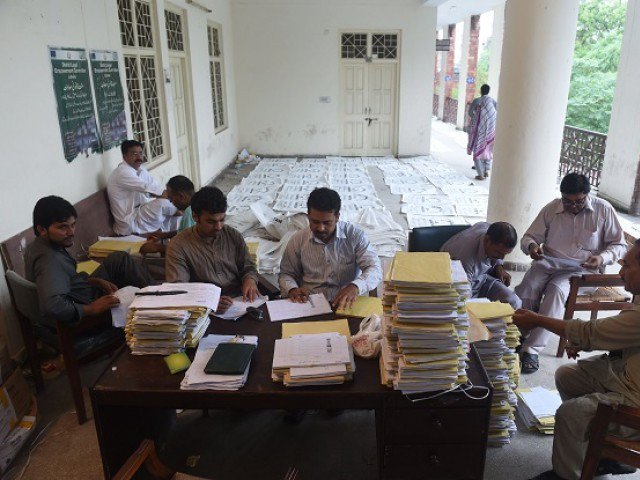 In a notification issued on Tuesday, the ECP announced holding re-elections in PK-80 (Kohat I) and PS-85 (Dadu II) in Sindh Assembly on August 2.

The commission had previously ordered recounts in around 70 constituencies on July 30 after dozens of candidates approached the ECP after their pleas were dismissed by returning officers. In some cases they complained unconsolidated results.

It is pertinent to note that the recounts will affect the final tally of MNAs and MPAs in the race for forming the government.

Once the recount process completes, results of all the constituencies are consolidated and winners submit their statements of election expenses, ECP would officially notify them as members of the respective assemblies.

After ECP’s official notification, there will be three days for independents to join any party, after which parties will be allocated reserved seats of women and non-Muslims proportionate to their final tally on directly elected seats. 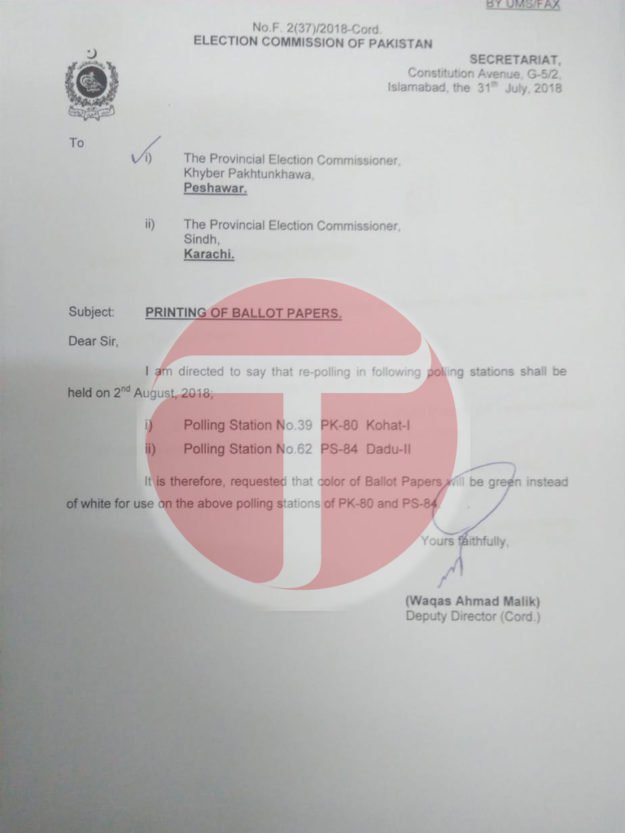 Published in The Express Tribune