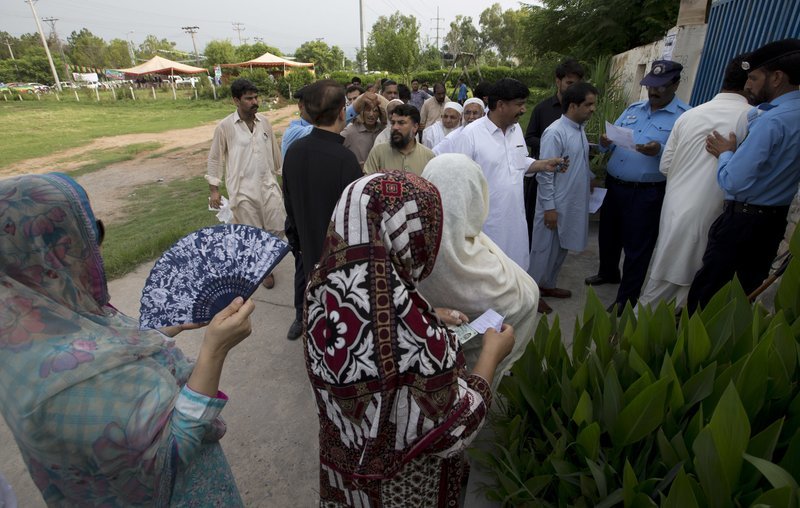 Millions of registered voters are flocking to polling stations across the country to cast their vote in Pakistan’s 11th general election. According to DawnNewsTV, the first vote has already been cast — in Khyber Pakhtunkhwa’s Charsadda.

While polling stations officially opened for voting at 8am, enthusiastic citizens queued up outside their respective stations as early as 7am. PML-N Chief Shahbaz Sharif was among the first people to cast his vote, according to DawnNewsTV. Speaking to the media outside the polling station in Model Town, Lahore, he requested that people come out and vote for PML-N.

Election 101: Everything you need to know about casting your vote

July 25 was earlier declared a public holiday by the ECP, as an effort to increase voter participation.

At 371,388, a record number of troops have been deployed at polling stations at the ECP’s request to maintain law and order and take action against harassment.

Polling stations will remain open for voting till 6pm, as per the deadline announced by the ECP for voters.