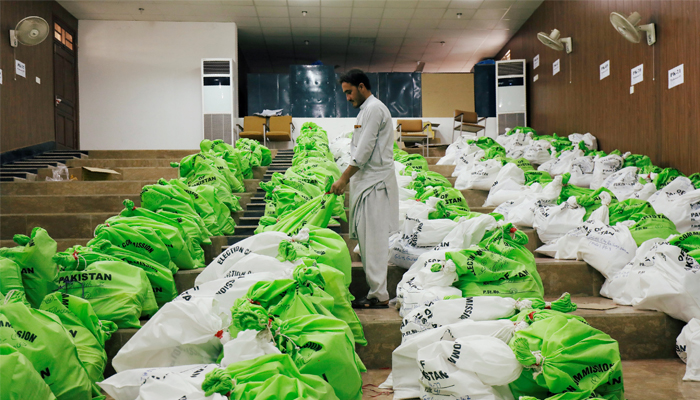 ISLAMABAD: The nation Wednesday will elect 270 members of the National Assembly and a total of 570 members of four provincial assemblies for the next five-year term (2018-2023).

Around 105.95 million eligible voters – 59.22 million males and 46.73 million females – will exercise their right to vote to mark another democratic transition from one elected government to another.

Election Commission of Pakistan has established 83, 307 polling stations, 17,000 of them have been declared as sensitive.

The ballot papers have already been sent to respective polling stations.

As many as 53,000 international, national and local observers and media persons will monitor the elections.

In order to hold the elections in a peaceful manner and provide a level playing field to all the stakeholders, around 7,70,000 army troops will perform duty out and inside the polling stations.

The General Elections 2018 are different from the previous elections in several ways.

These are the first elections after electoral/legal reforms took place in the country.

These are also first ever elections in history that preparation of electoral rolls and delimitation have been simultaneously proceeded for.

The GIS enabled polling scheme will help each voter to have a look of his polling station on his computer/mobile.

The Result Management System having legal cover will be fully functional, while Results Transmission System will be used for early results.

Moreover, water mark ballot papers imported from UK and France are being used in these elections.